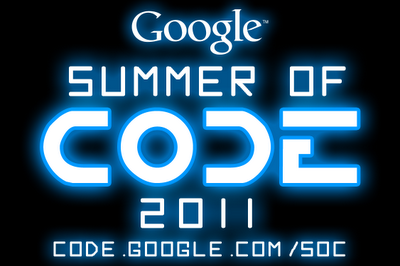 This was the first year CERN participated in Google Summer of Code, and it turned out to be an amazing experience for us! We were given four students to mentor, all of whom proved to be very skilled developers. The students quickly familiarized themselves with our code base and managed to make valuable contributions within the three month time frame of Google Summer of Code. Our students were very open and willing to learn and spent a considerable amount of their time researching tools, libraries, and the latest technological developments. As a result, all four students were able to solve their problems and come up with interesting ideas for future development. The code and the documentation they produced is available here. The specific problems (projects) that we suggested to our students spanned several domains, ranging from consistent replication of terabytes of data across several remote sites to automated testing of virtual machine releases.
Josip Lisec was working on the development of the monitoring system for the CernVM Co-Pilot framework, which is mainly used as a distributed computing platform within the LHC@home 2.0 volunteer computing project. The LHC@home 2.0 project currently has more than 9,000 registered users who contribute their spare CPU cycles for the simulation of the particle collision events in CERN's Large Hadron Collider (LHC). After some research, Josip decided to integrate existing tools with the Co-Pilot as opposed to trying to reinvent the wheel by rewriting everything from scratch. This resulted in a nicely engineered monitoring framework, parts of which were put into production while the Google Summer of Code was still going on (Josip's developments have now been fully integrated after completion of the program). Since this was Josip's first encounter with Perl, he has been seen adding support for 'my' keyword to every other major programming language since the Google Summer of Code concluded.

The goal of Yin Qiu's project was to devise a mechanism for a consistent replication of changes made to the central repository of CernVM File System (CernVM-FS) to a globally distributed set of mirror servers. CernVM-FS is used to host and distribute the application software of CERN LHC experiments to hundreds of Grid sites, as well as the laptops and workstations of users worldwide. As such, it is currently one of the central components of the distributed computing infrastructures on which CERN ATLAS and LHCb experiments rely. Yin's approach was to organize CernVM-FS mirrors into a Paxos-managed replication network and to enforce state machine version transitions on them. Following the suggestion of Jakob, his mentor, Yin implemented a messaging framework which is used to orchestrate the replication process and facilitates the implementation of new features. He also managed to implement a couple of Python plugins which ensure the consistency of data across replicas. The project is currently in the state of a working prototype.

Jesse Williamson took up the challenge of designing a new library for CernVM-FS to consolidate support for various cryptographic hashing algorithms. The first task was to survey the implementation of CernVM-FS and establish a list of requirements. Next, quite a bit of effort was spent on designing the library specifically so that it would be easy to use, comparatively simple to extend, and robust enough to support extensions like a streaming interface and compression. Since CernVM-FS is heavily used in production, it has been very important to make sure that the new developments do not break anything. Jesse has developed a set of unit tests which ensure that all the existing features and properties were maintained.

The design of new C++ libraries was certainly an improvement, but it also became clear late in the cycle that a further abstraction to fully separate digests and hash functions will be necessary to avoid memory fragmentation issues and ensure stronger const-correctness

Jonathan Gillet worked on implementing a solution for automating the testing of CernVM virtual machine images on multiple hypervisors and operating systems. The solution, which is a ready to use testing infrastructure for CernVM, was developed in collaboration with other open source projects such as AMD Tapper (used for the reports and web interface), libvirt (interaction with hypervisors), and Homebrew (OS X support).  The main goals of the project were accomplished with support for all major hypervisors running on Linux and OS X platforms. The framework automates the task of downloading and configuring the CernVM images on the fly, and executing a series of thorough tests which check various features of CernVM images before release. Documentation was also an important goal of the project; in total there are now over two hundred pages of documentation which cover everything from setting up the testing infrastructure and virtual machines to a complete API reference.

We certainly enjoyed Google Summer of Code 2011, and we sincerely congratulate all of our students and mentors for successfully completing the program!